What Makes The Water Hard?

Hardness in water is caused calcium and magnesium ions that form insoluble compounds; sometimes iron and even aluminum. There are many ways to soften water. Some are more complicated than others; Aeration, De-Ionization or ion-exchange, Distillation, Reverse Osmosis or Softening.

Softening by use of a water softener is the simplest concept used today; water softeners replace hardness ions like calcium and magnesium with sodium or non-scaling ions. The ion exchange resin used in the process is recharged periodically with salt drawn from a storage tank. Many water treatment experts agree and Lance Winslow concurs that softening can be most cost effective when the water has as few as one to five grains per gallon of hardness. Most mobile operators will be happy with one to three grains per gallon of hardness and probably won’t even purchase a softening unit until the hardness is five plus grains per gallon. Their theory is well taken because, if the total dissolved solids (TDS) is that low, there will be little water spotting on cars anyway.

One reason to put in a water softener even if your water is 5 gpg or less is because you wish to prevent scaling in the coils of your steam cleaner or save your pressure washing pump on your auto detailing rig. On a cold water machine, this is not as important because 5 gpg or less won’t ruin a pump. More than five can over time.

Hardness also hinders soap from doing its job. You may notice that your soaps are not cleaning properly. That’s because they are cleaning the water first and combining with the compounds in the water rather than the dirt on the car. You see, the hardness in the water has a tendency to neutralize those cleaning compounds and you have to actually use more soap to offset the neutralizing effect of the hardness minerals.

With hard water, you will use more soap and the cars still aren’t clean. I encourage you to talk to your soap vendors for helpful advice on water chemistry and treatment requirements. Your soap strategy should be custom tailored to your city and the hardness of the water you put in your tank.

Most independent auto detailing professionals agree that areas with hard water will also cause a film on cars that are washed when no softener is used. They also agreed at the annual conference that the decision to purchase a softener should be based on a real water test. You might wish to contact a water treatment dealer such as: Rain Soft, Culligan, Apollo, Calgon, Rayne water Systems or the Water Man in your area. They can help you by having the local water tested or ask city water authority for information on their supply. Once your decision is made to purchase a softener, selecting the proper equipment is easy. Softener sizes should be based upon two factors: Flow Rate (GPM) and Grains Per Gallon (GPG).

Flow rate would typically be six to eight gpm (gallons per minute) with your hose at your residence. We recommend you change your pressure regulator to 90-110 PSI (Pounds Per Square Inch). This would give you approximately ten gpm. So you need a water softener that is a little bigger than the basic model.

«They could last two years or twenty years…and a lot depends on how much goes in and how often it comes out.»

This is why you should monitor softening equipment. You can test the hardness with a testing kit or just pay attention when you’re washing cars. Steel softening tanks last for years. Fiberglass units last well also. Plastic units crack. You may need to change resin every couple of years.

Chances are you will choose to rent softeners for $30 per month and let the exchange company recharge them for you. Be careful when hiring water softener vendors. Ask us for help. You may even be able to trade services for water softening rental plus make money on the account because water softener rental companies have lots of delivery trucks. In any case think on these issues when considering a water softening strategy for your mobile car wash or auto detailing business. 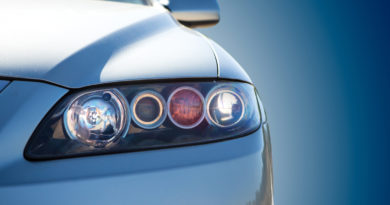 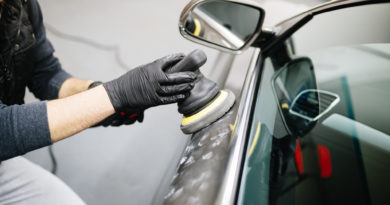