From minor fender-benders to car crashes that need some serious work, you will probably drive away with at least one serious dent to fix. Your two primary options to get rid of these dents is repair or replace. Repairs focus on removing the dent while keeping the same materials, while replacements simply exchange the entire affected panel for a new one. Read on to learn the details behind both options.

One of the first things you will probably ask when taking a car in with a bad dent is, «Can it be fixed?» The answer will only follow after a close examination of the dent — but auto body experts have a lot of tricks these days to repair bad dents so you would never know they were there.

Suction and pulling are often used to reverse smaller dents and prepare the car for more detail work. Complex dents typically come with scratches, abrasions, and other issues that need careful treatment. Whenever possible, your auto body technician will try to remove the dent and repair the damage without repainting — there’s even an entire technique called Paintless Dent Removal that attempts to tweak your car’s surface without resorting to new paint.

However, deep or broad dents with more problems will probably need some repainting. In this case, find an auto body shop that offers paint matching services that will find the exact shades manufacturers originally used. Deep dents may require the use of fillers, sanding tools and more to restore your car to its old look.

Some dents are simply easier to replace than fix: Auto body technicians will typically suggest a replacement if the damage is more than superficial and the structure of your vehicle has been compromised in some way — such as bent framework that needs to be fixed before the broken panel is replaced. If the damage is located primarily on one panel, the technician may suggest replacing that panel is a more elegant solution than trying to fix the dent.

This is also the time for some cost-benefit analysis. Ask your auto body shop about what parts they have in and what they have to order, as well as how long it would take to replace the part versus repairing it. Sometimes repairs would take so long that it is ultimately less expensive to just order a new part. However, this might mean leaving your car with the auto body shop for a bit longer than a repair would take, so remember to ask about shipping times as well.

Ultimately, an experienced technician will give you appropriate advice on a repair vs. a replacement based on how the crash affected specific parts of your vehicle. If you do have to make a decision, consider both your budget and what is important to you — repairing as much damage as possible, or making your car pristine once again. 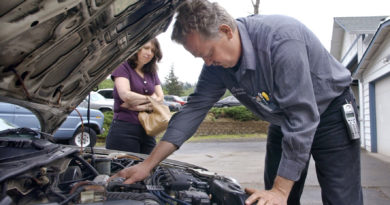 Local Auto Repair Shops: The Best Place To Get Your Car Repaired

Should You File an Auto Claim After Any Accident? 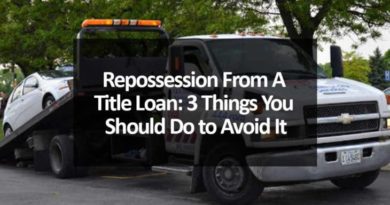 Auto Pawn Loans — How to Avoid Your Car Being Repossessed